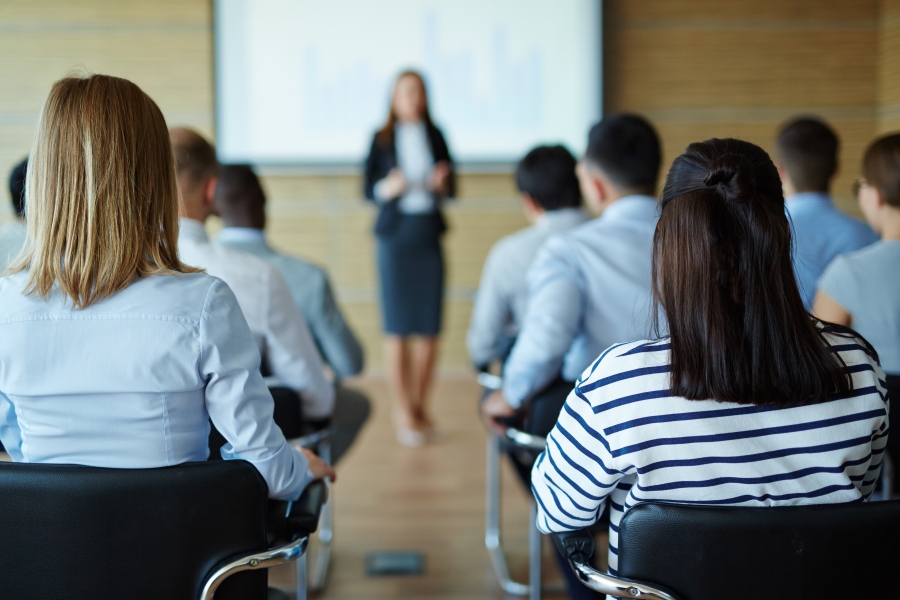 Towards the end of last year I took part in a debate about the quality of CPD. I was asked to take one side of the argument, so this is my deliberately one-sided perspective on it. The wonderful people of edu-twitter helped me compile the bizarre examples of CPD that you’ll read below.

Everybody remembers their worst ever INSET day, don’t they? I remember being excited to take part in one early on in my PGCE. This was in the early 2000s, so the National Strategies were landing in Key Stage 3. The Local Education Authority’s maths officer came to the school to help every teacher embed numeracy in the Key Stage 3 curriculum. It was a strange morning for us, as a department (business/economics) who taught no Key Stage 3 and yet weren’t allowed to get on with other things. It was also a strange morning for the maths department, who presumably had already embedded numeracy in their curriculum. And I’d guess at least half the other departments were pretty annoyed to have to think of a contrived way to mention numbers during their lessons. Whose fault was it that so few teachers got anything out of that day? Should the headteacher have allowed it to happen? Should the LEA have known better than to blithely follow DfE ideas about numeracy at KS3? And where was teacher agency in the decision about allocating INSET time to this?

I asked teachers on twitter to name their worst ever CPD, and it quickly became clear they had examples far worse than mine:

It was one which postulated the theory that we have 5 brains, one of which developed when humans were running away from dinosaurs. I kid you not.— David Williams (@davowillz) October 20, 2018

A day on packtypes. We all answered questions about ourselves and others to find out what dog we were. Then we made bunting to go around school to show our packtypes. I have since read the research behind it but the watered down approach did not communicate anything useful— Mrs Cadman (@Y6Mrs) October 20, 2018

The worst I can recall was about 25 years ago at least on ‘Instrumental Enrichment’. I had no idea what it meant and even less after the CPD.— Gradgrind (@ThomGradgrind) October 20, 2018

It was something to do with animals representing different types of learners. The CPD was ten minutes and we were then given a week’s deadline to ’embed the animals in schemes of learning’.— Deborah Hawkins. (@debbs_198) October 20, 2018

In groups, we had to spend an hour making a 2 minute, creative video about one of the schools values. It was shown to the other staff on the day, but no discernible purpose – even when I asked.— Stuart Garner (@SJGarner76) October 20, 2018

All of the PD events on questioning… Where no actual questioning takes place. And instead mind numbing droning for 1-2 hours. #HowNotToTeach— Mr. OatesSoSimple (@MrOatesSoSimple) October 20, 2018

Now twitter trades on anecdotes so let’s turn to a slightly larger pool of teacher opinion on Teacher Tapp. Less than a third of classroom teachers agree with the following statement: ‘Time and resources allocated to professional development are used in ways that enhance teachers’ instructional capabilities.’ (Of course, the vast majority of senior leaders agreed with the statement!) We consistently see that it is secondary school classroom teachers that are the most negative about their experiences of CPD, perhaps because so little is subject specific. For example, 40% of them feel that CPD has had little or NO impact on their classroom practice. Many classroom teachers also report that abandoning INSET days would have no effect on their teaching!

This presents us with a serious question to answer: If professional development is so important, then why is so much CPD so bad?

I think it is reasonable to suggest that the people who commission training, particularly in secondary schools, either don’t know how to find good provision or are severely resource constrained, which in turn leads them to deliver quite generic whole school training.

However, I’d like us to consider an alternative explanation. That is that ‘we’, as a profession, don’t really know how to do CPD. This reminds me of the arguments as to why the NHS does not fund greater mental health provision. Of course it is, in part, because they lack the funds. But it is also because we haven’t worked out any scaleable cost-effective means of treating it yet. Just as doctors don’t reliably know how to make unhappy people happier, education professionals don’t reliably know how to make teachers more effective.

One promising vein of research has been into instructional coaching, where a number of randomised controlled trials have estimated positive programme effects. Does this mean all teachers should have instructional coaches who are trained in how to use the observational rubrics to give feedback? No. Coaching is a great, but expensive, way to get teachers from being not OK at teaching to being good. Simple rubrics can’t support coaches in taking teachers from good to great because this is likely to be highly sensitive to the curriculum and demographics of students.

Moreover, even for inexperienced teachers, the expense means we have to ration the treatment. As with one-to-one therapy or tuition, we withhold it from most teachers and hope they figure out how to get better through a cheaper method – such as reading books or trial and error.

We have some of the best brains in the education system thinking about how best to spend CPD money (e.g. David Weston, the people at Institute for Teaching). However, I wonder whether there are even more important things to worry about first. I’d start with worrying about whether schools can provide teachers with a stable curriculum, with assignment to appropriate classes, with a healthy approach to workload to give teachers the space to think about their teaching, and of course a culture where teachers can teach and are encouraged to get better at teaching on their own.

When I think of the incredible teachers I’ve watched over the past few years, I wonder how they got so good at teaching. When I’ve had the opportunity to ask them, they have never volunteered that formal professional development courses made a material contribution. Of course, these teachers who made it to great without losing morale or leaving first are, alas, the exception. But what makes us think that the courses they didn’t use to successfully get better at teaching will be helpful to others who want to get there too?!?

I think that supporting teachers in getting better at teaching is critical to teacher morale and the long-term health of schooling system. This is the central thesis of our book, The Teacher Gap.

I just don’t know whether we’ve found our medicine.

It was fun arguing with people from across the world about how we get professional development right. Somebody on twitter pointed me to this gem of a quote that will always make me smile:

I hope I die during an in-service session because the transition between life and death would be so subtle.

6 thoughts on “If CPD is so important, then why is so much of it so bad?”